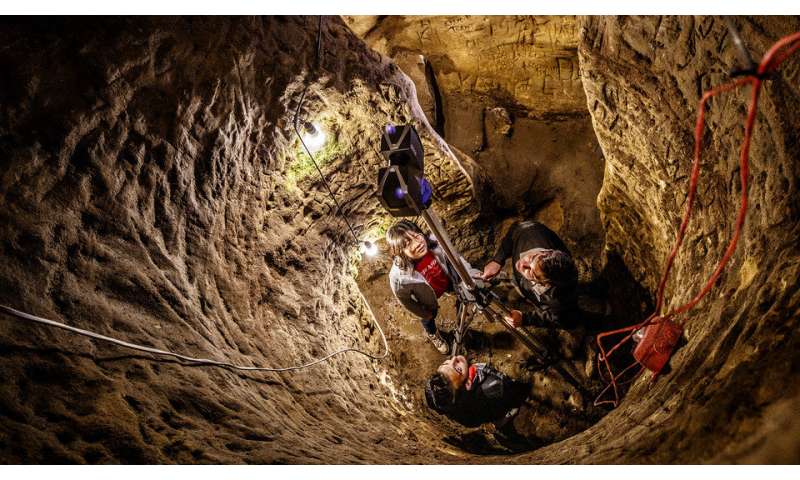 As bits of Robber's Cave history fade to folklore, the thousands of engravings that crowd its Dakota sandstone walls like graffiti are likewise disintegrating, imperceptibly but inevitably, into miniature dunes at the base of the walls.

These walls can talk—echoing more than a century of visits from those who have carved names and symbols and faces with finger or stick or knife—but some of the distant voices are nearing whispers.

A first-of-its-kind project funded by History Nebraska and coordinated by the University of Nebraska–Lincoln's Richard Wood is preserving those voices by digitally mapping every millimeter of the cave's 5,000-plus square feet, engravings and all.

Wood and several Nebraska students have produced a 3-D rendering of Robber's Cave using light detection and ranging, or lidar, which fires near-infrared laser beams at a surface, measures the time they need to reflect and return from that surface, then calculates the distance to a given point.

By repeating the process at 92 locations throughout the cave to generate a 3-D cloud of points—3.1 billion of them—Wood's team has managed to capture each contour of the cave's uneven terrain, branching tunnels and multi-level architecture.

"This is the largest data collection my research group has ever done," said the assistant professor of civil and environmental engineering, whose team used two portable scanners to map the cave over roughly 30 hours in September. 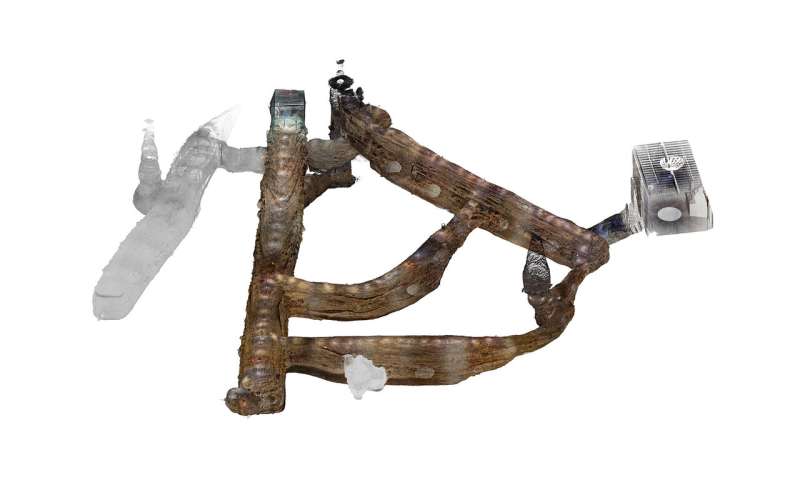 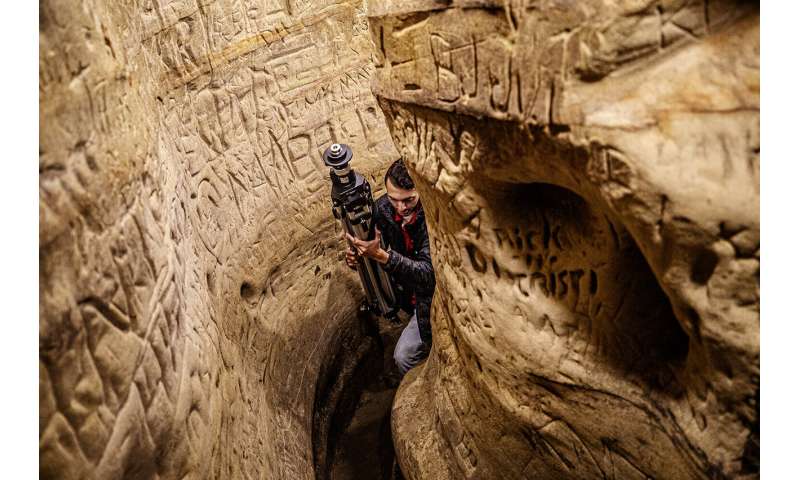